Richard Davison and his home-bred Bubblingh stormed to victory during Saturday’s gala performance, posting a score of 78.04% to top the leaderboard by an impressive 6%. The combination’s popular Gangsta’s Paradise routine was the final performance of the NAF Five Star Superflex FEI CDI Grand Prix Freestyle.

Speaking after his performance, Richard acknowledged his far-from-traditional musical choice.

“It’s probably getting to the stage where I need to change my freestyle, but I’ll probably stick to similar music - I like it, although I appreciate it is slightly ironic at my age (65),” he said.

The pair won the grand prix freestyle at Hartpury’s CDI in both 2017 and 2018. Despite the combination not having ridden a music test since 2019, judge Stephen Clarke awarded an overall mark of nine for the piaffes. They were long-listed for the Tokyo 2020 Olympic Games.

Discussing his plans for the rest of the year, Richard hinted at a trip to “Aachen in September would be nice, and maybe some World Cup shows.”

Earlier in the evening, Charlotte Dujardin enjoyed victory in the Elite Stallions Prix St Georges Championship with an impressive 76.02%. Charlotte once again held an impressive book of records this week, with Florentina IV looking particularly eye-catching in her second grand prix start.

Dujardin will be targeting a third consecutive Olympic individual title and has the chance to make history as the first ever British woman to do so. She would also become only the second rider after Holland’s Anky van Grunsven to win individual dressage gold at three successive Olympics.

Speaking after her test, Becky, who scored 70.87% with Jo Cooper’s 11-year-old mare, said: “There were good bits and bad bits. It’s only her second special, and she was lacking in confidence during the piaffe. She was more confident in the second and third piaffes, and the final one on the centre line was lovely until I tried to add more energy and it slightly boiled over”.

In third, Finland’s Mikaela Soratie is hoping that her mark of 70.49% with Hot Casanova is enough to qualify her for the European Championships in September. After three years in the UK, this was Mikaela’s last British show – she is moving to the Netherlands in two weeks.

Nikolas Kröncke repeated Saturday’s success in the Hartpury University and Hartpury College CDI Inter I with a win in the Baileys Horse Feeds CDI Inter I Freestyle on Sunday. Riding the 11-year-old Fidertanz stallion Flanell, Nikolas had good reason to be delighted with his score of 77.98% in the freestyle.

“It’s my first freestyle in ages, so I spent three hours locked up in the lorry listening to the music, and drilling it in so I knew where to go!” exclaimed the 38-year-old commodities broker. “He felt amazing again. I had goosebumps, like yesterday, when I finished.

Anyone who missed the action from this year’s NAF Five Star Hartpury Festival of Dressage can watch on-demand via Horse & Country TV’s H&C+ service.

Click here to see the full results from this year’s festival. 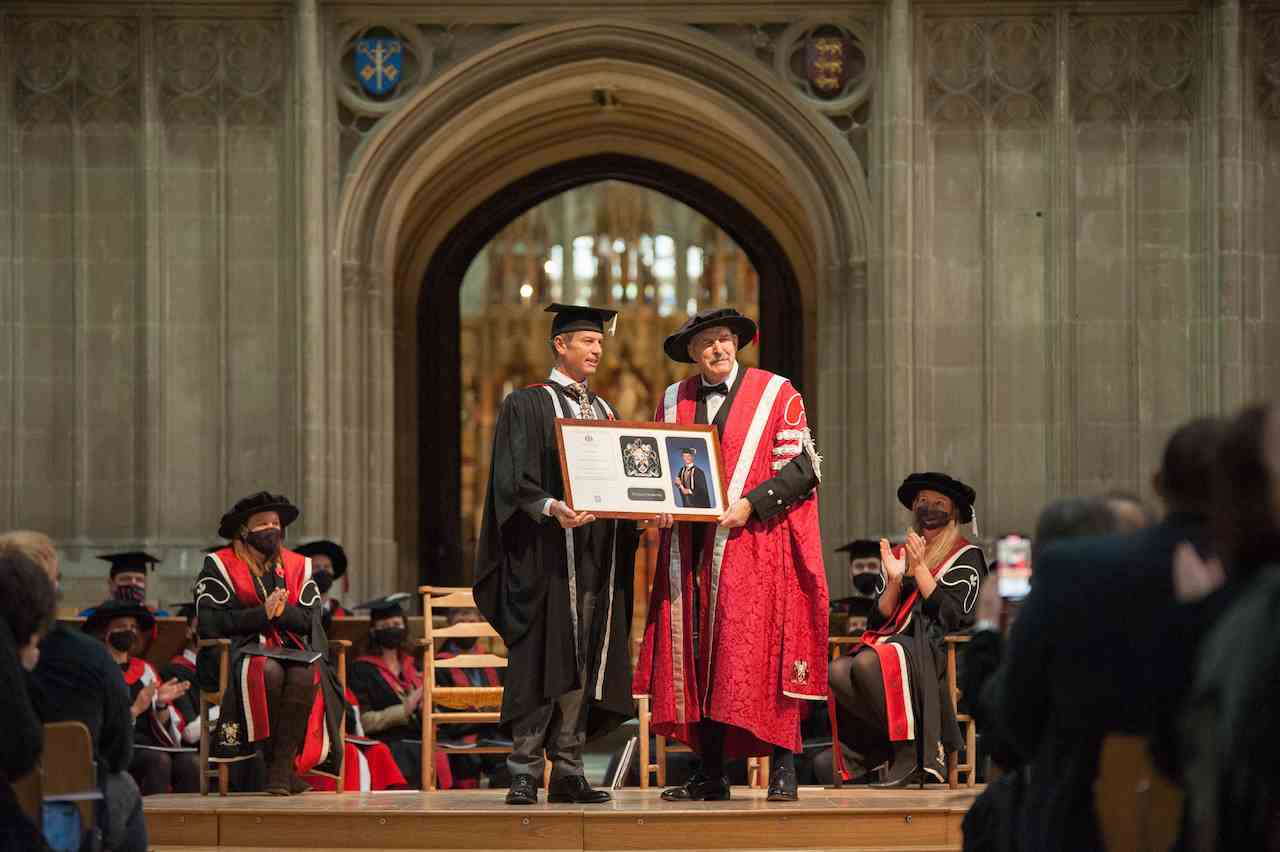 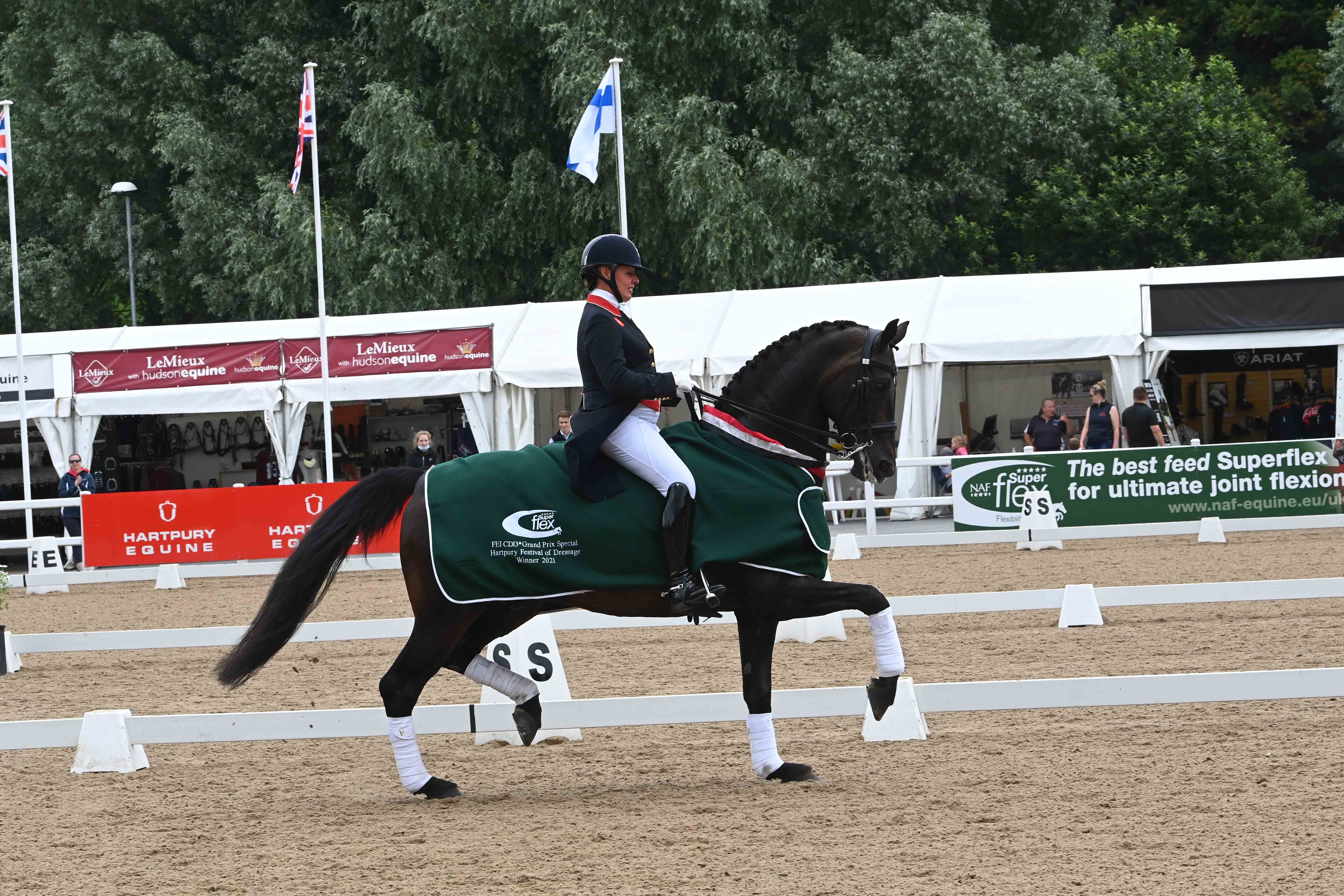