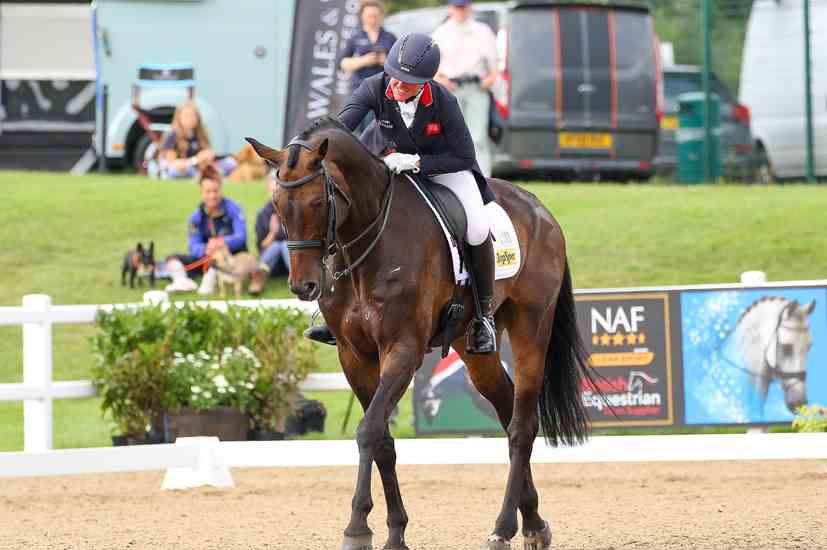 Nicola Wilson and JL Dublin have stormed into the lead in the NAF Five Star Magic CCI4*-S competition after dressage, as well as entering the top ten of best dressage tests in Hartpury CCI4*-S history with a score of 23.9. Nicola won this class back in 2016 with One Two Many.

Pippa Funnell and Billy Walk On sit just 0.1 pens on a score of 24.0, also entering the top ten best ever scores in this class.

For most of Day Two, it was Pippa Funnell that led the way following her early morning test aboard Majas Hope. The 14-year-old gelding looked calm and relaxed, posting a score of 27.0 (8th place). Pippa’s reigning Burghley champion MGH Grafton Street performed his test late in the day, and a 24.8 score means Pippa has all three of her rides in the top ten after dressage.

Sarah Bullimore and Corouet currently look well placed to follow up on a super second-placed run at the Hambro Sport Horses Burgham International Horse Trials at the same level.

Former winner Kitty King and Vendredi Biats lie in fifth place on a score of 24.9, while Olympic team gold medalist Oliver Townend is in sixth place with Davinci III (26.5).

Tina Cook lay in second place for much of the morning session with Mexican Law (now in 14th place with a score of 29.1), but it was her other ride Billy The Red who would leave her best placed after the first phase on a score of 27.2 (9th).

The top five combinations after dressage all stand a chance to challenge William Fox-Pitt’s best ever finishing score at Hartpury of 25.5. William sits in 7th place after the first phase with Little Fire (26.7), 26th place with Oratorio III (31.3) and 37th place (32.5) with Grafennacht.

All will show jump on Saturday morning before heading out onto the final cross country phase.

Mark Davidson and Highlight K, leaders after the first day of dressage, managed to stay right in touch after the second day, slipping just two places and less than a show jump from new leader Piggy March and Cooley Lancer.

Piggy March, winner of this class in 2019, recorded Cooley Lancer’s best ever international dressage score. Their score of 23.1 also makes them the second-best 3* dressage score at Hartpury since 2008. The judges rewarded the Swiss-bred gelding for his expressive medium canter and overall harmony.

Italy’s Giovanni Ugolotti and Swirly Temptress impressed the judges, and a score of 25.8 will have them lying in second place overnight. Only the halt into the rein back saw them give away valuable marks, largely made up for in the medium canter work.

Arthur Duffort and JCS Bucket List are in fourth place with 26.3 and Cassandra Price and Ambassadors Disguise lie in fifth with 27.8. 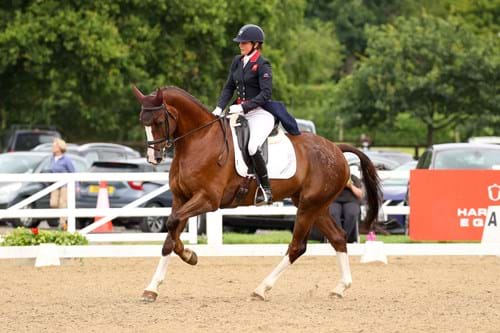 It was all change at the top of the 2* leaderboard on Day Two with Sammi Birch and Jutopia taking the top spot for Australia with a score of 26.6. Jutopia’s walk work in the middle of the test was particularly pleasing to the judges in what was a super-consistent test.

Sarah Bullimore and Evita AP are in second place with 26.9 and Mollie Summerland and Flow 7 are in third place with 27.3. Yesterday’s leader Sarah Holmes and Harley Brown are in joint fifth place going into Saturday’s cross country. 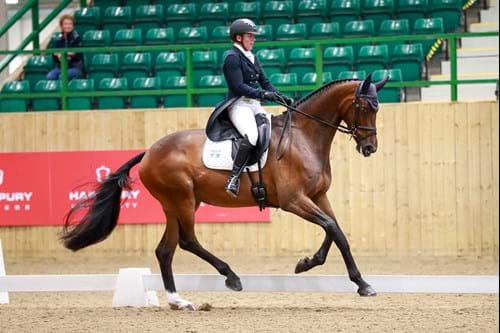 The action gets underway bright and early on Saturday with the CCI4*-S showjumping and CCI2* cross country starting at 08:00.

Click here to watch the action unfold via the event live stream. 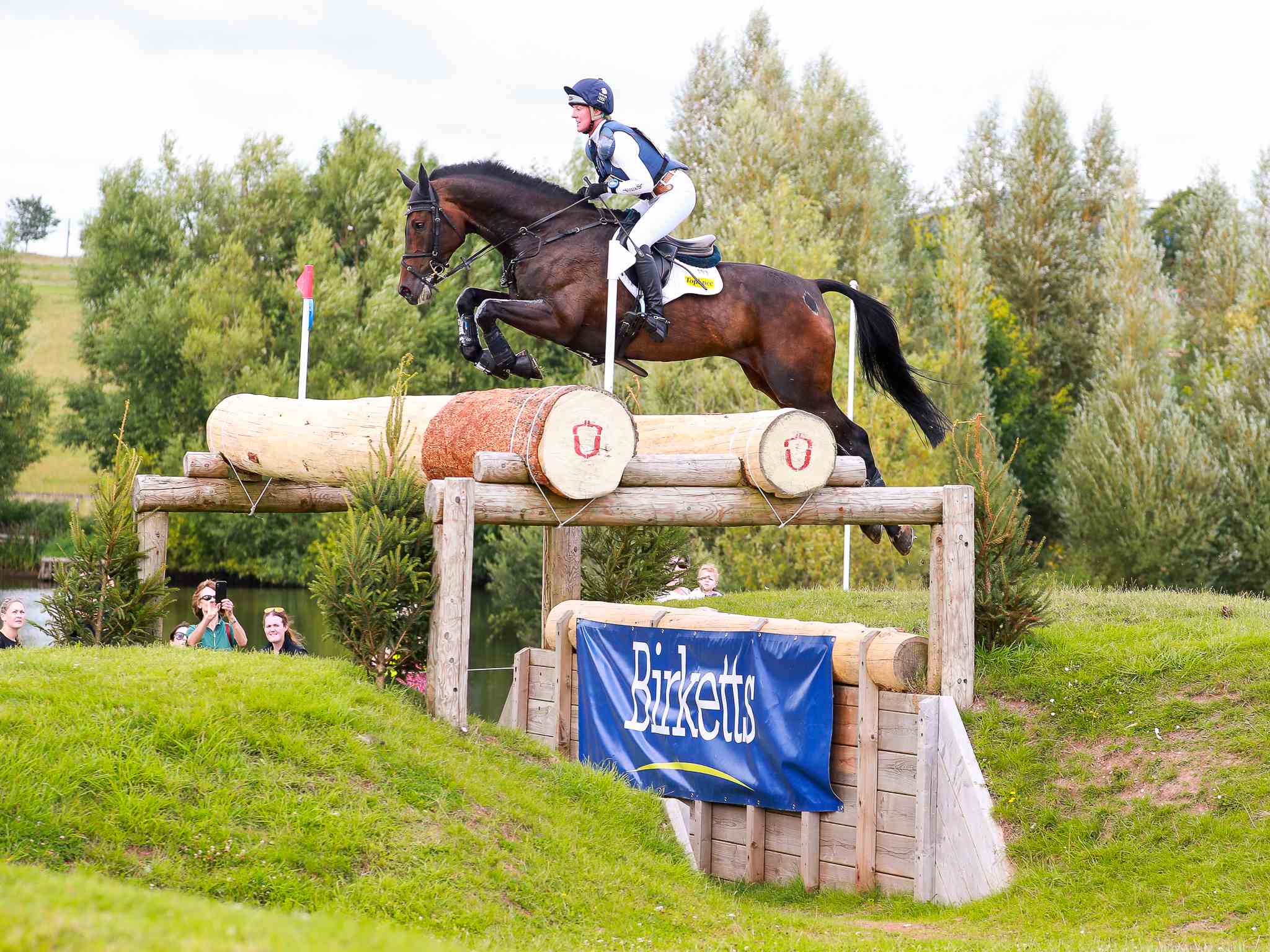 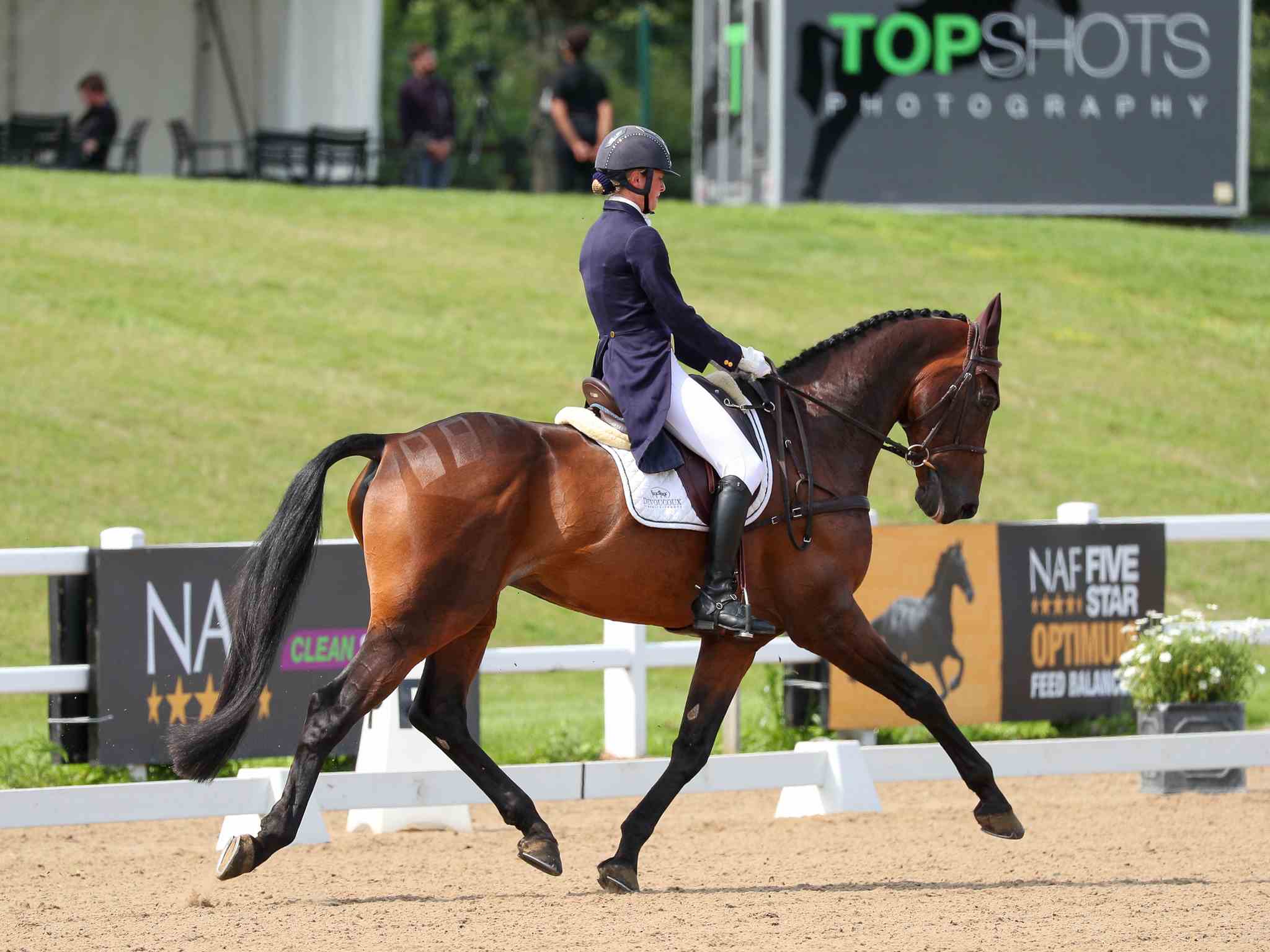